As the world of assistive technology grows around us, one of the more popular and mainstream additions has been the handy-dandy dashboard camera, or dashcams for short. We wanted to complete a full buying guide to picking and choosing the best dash cams available online.

Let's review the elements and specs to pay attention to that make up the best dashboard cameras you can find your cars and vehicles.

A Beginner's Complete Guide to DashCams

If a giant meteor were to hit the earth right in front of your car, would you have the wherewithal to capture it on video with your phone?  Probably not, which partly explains the popularity of dashcams.  These continuous-run cameras mounted on your car's dashboard actually have a lot of handy and important uses and sales are skyrocketing.

If you've ever wondered about dashcams, why people have them, and what they're used for (plus how to buy a dashcam), this is your guide.

The “Dash” in DashCam stands for the dashboard in your car where these devices are typically mounted.  The “Cam” of course stands for “camera”.  Essentially, a dashcam is a dashboard-mounted camera that records continuously while you drive and/or while you're parked.  They can also be mounted on the inside of your windshield.

They're popular because of the amazing footage people have captured on their dashcams and uploaded to YouTube or their social media accounts.  In fact, without social media we'd probably not be seeing such a rush in popularity of these gadgets.

Dash cams are also popularized because of TV shows featuring footage from police dashcams.  Countless drunk-driver pull-overs where drunk people act silly or obnoxious are so much fun to watch they've made whole TV shows about police dashcam footage.

How do they work?

The camera records video and audio onto its memory card continuously when turned on.  It breaks the files into a progression of short files for easier management (much better than one hideously long file).

When the memory card gets full, the camera loops around and starts recording on the oldest files.  If you have the G-Sensor option, the camera will protect files containing a suspicious movement or bump and never overwrite them.  You can download the files (some dashcams now come with bluetooth so you can wirelessly view and retrieve files right to your smartphone or laptop).

Usually the recording stops when you turn your car off, unless you're going to activate Parking Mode (surveillance mode).

Aside from police officers, who uses dashcams?  More and more people…although some countries have really taken to these devices more than others (Russia and parts of Asia, for example).  Soon however, you'll see them everywhere here too because they really seem to be taking off this year as Tech Gift of the Year.

EMTs, firefighters and public buses use dashcams with increasing frequency, for the same reasons as law enforcement: presentations at court, for one.

Private transportation companies use dashcams to maintain their vehicle fleets and keep an eye on logistics.  Footage comes in very handy with insurance claims and any litigation that might arise in business that involves any type of transportation (moving industry, shipping, package delivery, freight etc).

Now families and individuals are catching on.  You never know when…

Why use a Dash Cam?

Aside from catching the unusual and the terrifying on camera, there are more practical reasons for using a dashcam.  These include:

That last item is no joke.  There are three reasons why Russians are more likely than others to have daschcams installed on private vehicles:

Having it all on record means you can protect yourself against a lot of underground-type dealings one apparently encounters on the roads in Russia.

As for the first item on the list of reasons to have a dashcam, these devices can protect your car even when it's parked.  Dashcams can have the option to detect motion outside the car when it's parked, and will turn on the camera when movement is sensed.  This feature is a huge deterrent to thieves and vandals.

If something goes wrong while you're in your car, you have indisputable evidence should you need to go to court, prove something to your insurance company, or dispute a crash.  Dashcams are especially useful in preventing insurance scams.

In fact, the list of actual court cases where private dashcams have played a significant role is growing.

They're increasingly popular for catching aggressive drivers in the act.  Road rage incidents can now be recorded and reported to the police.

Some insurance companies will give you a slight discount if you mount a dashcam and reverse it to film your teen driver.  It's a way to keep an eye on your car when you hand over your keys.  That also works well for when you use valet services or leave your car at the mechanic's to have some work done.

In Europe, insurance companies do give dashcam incentives but the practice really hasn't caught on like wildfire yet in the US.

For some dashcam companies, around 70% of their customers are professional truck drivers.  They purchase and install dashcams to protect their driving reputations.

There's a time and date stamp on all recordings, as well as GPS on most models.  That allows for precise data capture which can be used to analyze speed, track movement for fleets, or generally manage a fleet of vehicles.  That makes dashcams very useful for businesses.

How are Dashcams installed?

These are small cameras with a memory card and a power cable that gets connected to your cigarette lighter or the equivalent power port in your car.

You can also run the power cord inside the dash for a  neater look.  Most come with power cords long enough to do this, but sometimes it's an option.

You can also have your dashcam installed professionally to run off your car's battery.  There's an automatic shut-off on most dashcams so they don't drain your battery while parked.  Just look for a hard-wiring kit and have a mechanic install everything.  Hard wiring your dashcam allows its use when the car is parked (surveillance mode).

What types of Dash Cams are there?

All dashcams will record events outside the vehicle.  These front-facing dash cameras mount on the dashboard or the inside of the windshield.  Less common are the two-channel cameras that have a front-facing camera and a rear-facing camera.  The rear-facing option is mounted in the back of the car to record what's happening back there.

You can also have a dashcam system where there are four cameras: front, back, left and right.  You can also turn your dashcam inward and record what's going on in the interior of your car.  All have audio capability.

What types of options are there?

The legality of Dashcams

Dashcams are totally legal in the United States.  Some states have laws about recording people without their consent so check your state legislature.  If there are electronic eavesdropping laws in place you should learn what they are.  Usually laws about recording audio are stricter than video, since video is part of a public space.  You may have to tell all your passengers you're recording their voices if you have a dashcam on your windshield. Many think much like the X800 tactical flashlight that they are on teh fence between been legal and not, but they are and can act as a very important feature should anything go wrong with your car or situation at hand. 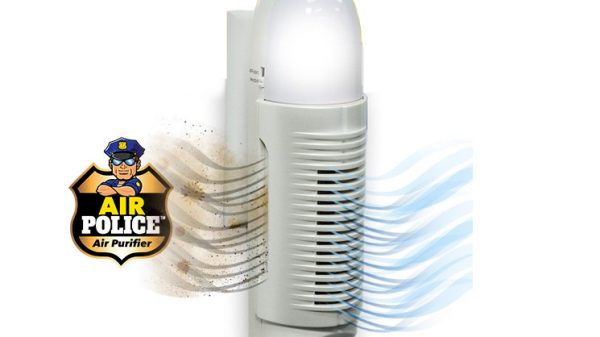 Air Police is an ionic air purifier that cleans the air in your home. The system uses stainless steel, a reusable filter that collects...