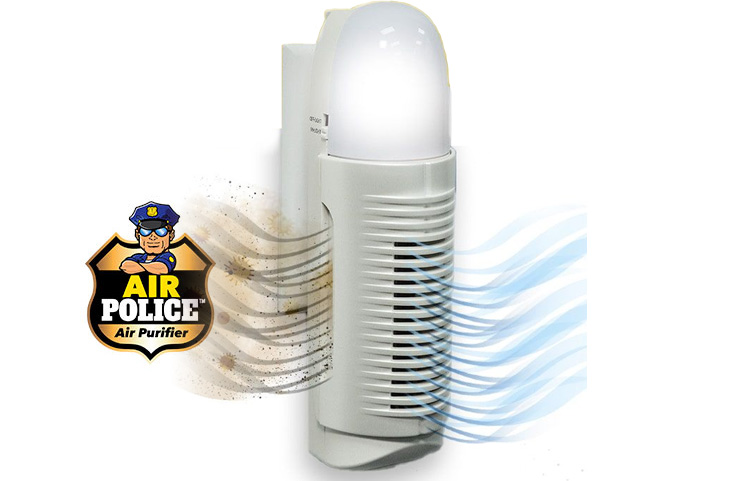 Air Police is an ionic air purifier that cleans the air in your home.

The system uses stainless steel, a reusable filter that collects particles, removing unhealthy allergens, pollen, dust, smoke, and other odors from the air. 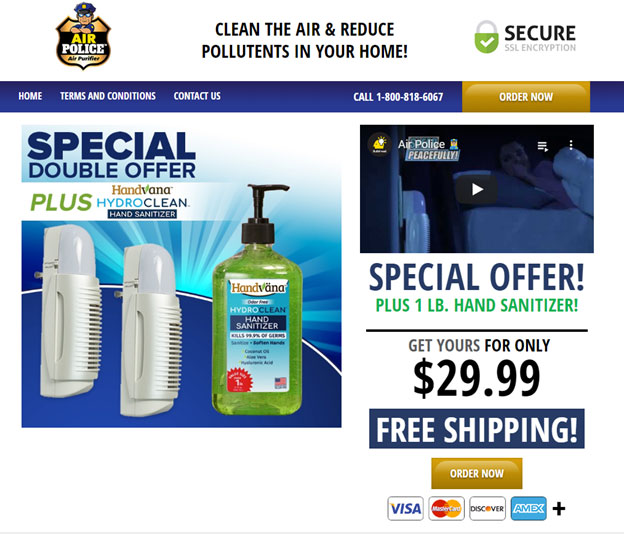 What is Air Police?

Air Police is an air purifier system that uses ionic technology and a stainless steel filter to remove contaminants from the air. 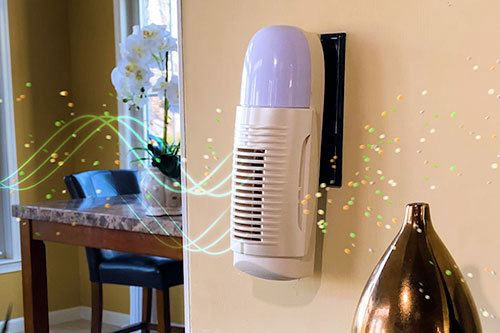 The filter is available online through GetAirPolice.com. It’s not available through Amazon or other retailers.

Each Air Police filter is priced at around $30. The manufacturer includes a free bottle of hand sanitizer if you order two or more filters.

Air Police advertises all of the following features and benefits:

How Does Air Police Work?

Air Police is an ionic purifier, which means it releases electrically charges molecules (called ‘ions’) into the air. These charged ions attach themselves to particles of dust, mold, pollen, pet dander, and other allergens and irritants in the air.

When the ions encounter particles, they latch onto the particles, making them heavier than air, which means they fall to the ground. This effectively neutralizes the particles from the air, although the particles are still found on the ground and other surfaces around your home. 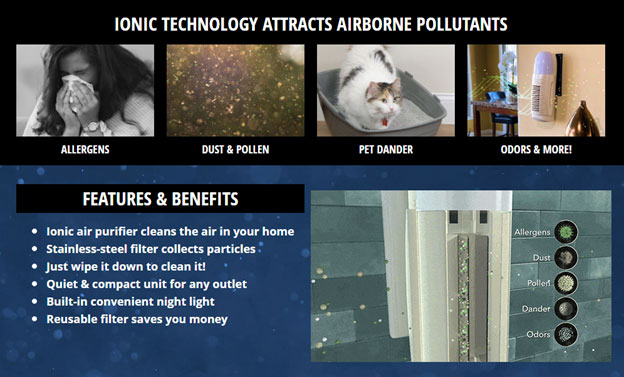 Compared to other air purifiers, ionizers are cheaper and more compact. You can easily move a device like Air Police from one room to the other. As long as the room has an electrical outlet, you can use Air Police to clean that room.

Ionizers can also be more convenient than HEPA filters because they’re no need to replace anything. You don’t have to change the filter, for example, although you should wipe down Air Police occasionally.

Air ionizers are better at neutralizing smaller particles in the air than larger particles. This can make it effective for certain types of air pollution, but not others.

Air ionizers also release ozone into the air. A device like Air Police does not emit enough ozone to impact your lung health, although people with lung conditions or sensitive lungs may notice the ozone. If you use Air Police in a small space, then it could build up noticeable amounts of ozone.

Overall, Air Police is a small air ionizer that should work as advertised to remove some particles from the air. It’s not a high-end air filtration system, and it’s unlikely to have a significant impact in large rooms, although it could be effective in smaller spaces.

Air Police is available for $20 to $30 per unit, depending on how many you order. Here’s how pricing breaks down: 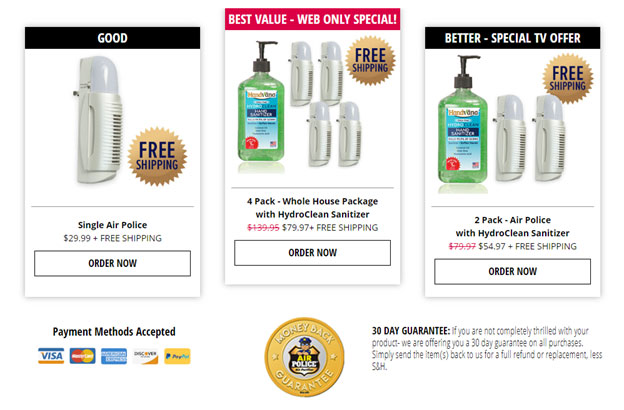 If you order the 2-pack or 4-pack, then you receive a free bottle of hand sanitizer with your purchase.

Air Police has a 30-day refund policy. You can request a refund within 30 days and receive all your money back, minus shipping costs.

Air Police is a product from As Seen On TV giant Telebrands. The New Jersey-based company makes many popular As Seen On TV products and claims to have served over 100 million customers over the years.

You can contact the makers of Air Police via the following:

Air Police is a small air ionizer that removes allergens, dust, pollen, and other particles from the air. The device generates ozone molecules, and those ozone molecules latch onto charged particles in the air, neutralizing them and causing them to fall to the floor.

Each Air Police filter is priced at around $30 online. It’s exclusively available through GetAirPolice.com.